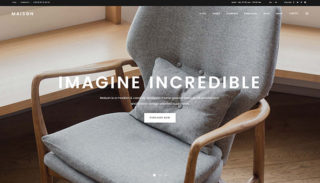 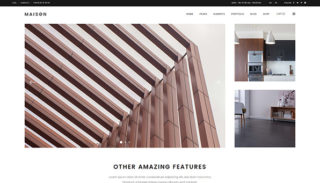 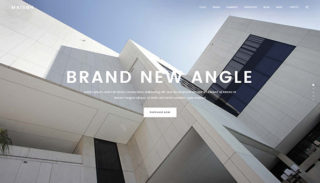 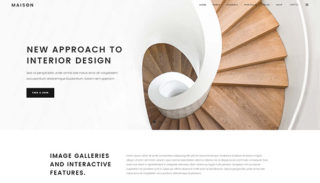 Cleanroom Temperature and Humidity Problems: Who is going to own this problem?

Let me go ahead and tell you how the twice a month email or phone calls goes, it’s something like this.  Hey Bryan, we were given your name by so-and-so because we are having temperature and/or humidity problems in our cleanroom.

Sometimes with pharmacy cleanroom projects you never know who was first to the party, but let’s say in this scenario the architect was introduced first to the cleanroom remodel and/or new construction project.  The architect is a nice person because they are part of the pharmacy owner’s extended in-law family, so they are familiar and trusted.  The architect has designed a couple of “healthcare projects” like a series of dental practices and chiropractor offices.  Now just to be clear I’m definitely not picking on architects here, because in half of the USP remodel projects, the general contractor is first on-site because they are the pharmacist’s next door neighbor, golfing buddy, or other familiar acquaintance.  This story is just here to paint a picture so go down this path with me without being offended.

Some months later the pharmacy project is finished, and the air handling equipment is started up in the middle of March (just a random date for this story) so its still nice outside.  Hopefully a “test, adjust, balance” (TAB) contractor is invited to the party to make sure the cleanroom’s fan filter units, cascading room pressures, return CFM, and exhaust CFM are appropriately balanced to the space.  After all, after integrating dedicated mechanical equipment to a cleanroom it just seems appropriate to have a third party TAB contractor come in and make sure the system is functioning as designed by the mechanical contractor.

Now April rolls around, and a nice warm spring, only slight changing temperature set points inside the cleanroom.  Now we coast into May but what we’ve noticed is the cleanroom’s humidity is starting to really fluctuate based on outside conditions and even the time of day because these days are seeing huge temperature swings from morning to afternoon.  Now it’s June and the pharmacy can’t control the humidity at all and even though there is someone constantly playing with the thermostat trying to find the sweet spot, driving the thermostat cooler, the humidity continues to be a problem.

The cleanroom’s thermostat likes the 65 degree Fahrenheit room temperature so the compressor no longer has to work and neither does the air handling unit’s fan actually, but the fan filter units (FFU) located in the ceiling of the cleanroom are still demanding the supply air because that is what is sending HEPA filtered air into the cleanroom per USP <797>.   This point could be hit or miss, but let’s say someone had the foresight to turn the thermostat fan to “on” so it runs all the time and the air handling unit is delivering constant supply air to the fan filter units.  Just as a side note, if this point is missed and the fan is not running, the air demanded by the FFUs still must come from somewhere and that could be a real problem for the ductwork.  Regardless, moisture is being picked up from the coils located inside the air handling unit and pushed/pulled downstream into the cleanroom. With the compressor off we have a doomloop of humidity that probably has a tendency to compound (no pun intended) the problem.  Keep in mind a cleanroom is changing air every 90 to 120 seconds on average so there is a significant amount of air moving and along with it, the potential for water vapor in the form of humidity.

What’s the solution to our pharmacy’s temperature and humidity issues in the cleanroom?

Both temperature and humidity must be satisfied independently in a cleanroom and a “dedicated make-up air unit” (MAU) does exactly that by using temperature and humidity logic and trying to keep the compressor running all the time.  So, if the temperature in the room is satisfied but the humidity is not, as detected by a humidistat (measures room humidity much like a thermostat measures temperature) located in the critical environment, a hot gas bypass (or other similar system depending on the equip. manufact.) kicks in to satisfy the room’s humidity via keeping the compressor working.  A supply air sensor located in the ductwork is sending temperature feedback to system and the humidistat is sending humidity information back to the system, creating an awesome design parameter logic loop. A dedicated MAU built specifically for these controlled and critical environments must be specified in the design criteria by either the architect or mechanical engineer so that your cleanroom has a guaranteed compliant environment.  This reason, and many others that I will not bore you with, is why you cannot use a standard pkg. or split unit “2-ton” or “4-ton” to effectively or efficiently run a cleanroom because the logic just does not exist and humidity control is going to suffer the most with a standard unit.

Over the past two years I have had to take a deep dive into mechanical engineering as it specifically relates to air handlers because the topic is not easy to decipher.  There are a lot of unknowns in every cleanroom project such as open plenum systems versus direct-duct systems.   The reason why this issue of temperature and humidity is becoming such an issue now is because USP <800> compounding rooms now have to externally exhaust air out of the building.  Never before has the compounding pharmacy industry had to deal with this factor and I can tell you first hand, externally venting air out of building requires absolute replacement of that air back into the equation and that is oftentimes where architects, or engineers, or mechanical contractors not realize the balance of the equation.

Now the question in the above story is who on the project team wants to own the problem by not understanding a hazardous drug cleanroom is a “controlled environment” that you never lose control over and that you must externally exhaust the air?  Well that’s a tough conversation because ultimately whose responsibility is it to know pharmacy compliance documents and make sure they accurately personify that information downstream to the project team?  I’ll just leave that question there for your interpretation.

Designing USP compliant laboratories is all we do at Compounding Workflow and we work hand in hand with your pharmacy’s project team to make sure the architect, engineer, HVAC mechanical contractor, plumbers, electricians, etc. all understand what a compliant environment looks like.  If we can help, please call Bryan Prince at 228-239-6842 or email bryan@compoundingworkflow.com

Is This Building Right for My Compounding Pharmacy?

Demystifying Some Myths Around USP <800>

Unintended Consequences of USP <800>: Additional Costs for the Professional Stamps